Amritsar at a Glance 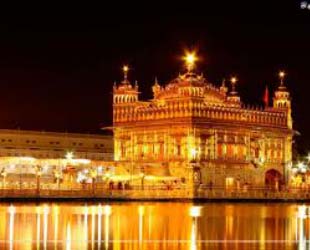 Amritsar is a city in the northwestern part of India and is the administrative headquarters of Amritsar district in the state of Punjab, India. It is 32 kilometres (20 mi) east of Lahore, Pakistan and therefore, very close to India's western border with Pakistan. Another origin of Amritsar's name is from Amrit-Sagar, "The Ocean of the Nectar of Immortality". This is a very important ocean to the Sikh religion, as the name implies. This city is home to Shri. Harmandir Sahib, also known as Shri. Darbar Sahib, the spiritual and cultural centre of the Sikh religion.

The city is a major commercial, cultural, and transportation centre in the state of Punjab.